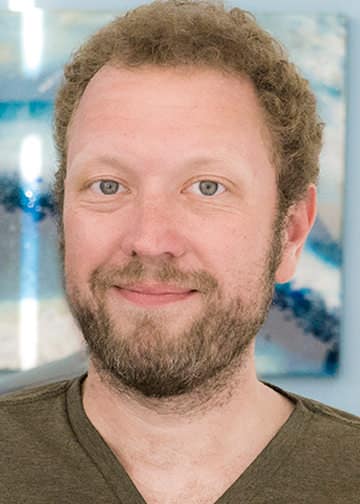 Darren’s first appearance on stage was as a gun-slinging outlaw in third grade. After a brilliant performance, he humbly took a 23-year hiatus from acting. But eventually, he succumbed to public pressure and returned to the stage to brilliantly portray a eunuch in Il Teatro Nostro’s Babble for your Soul. Since then, he has put his heart and soul into his performances, both on and off stage, notably including a bug-eyed alien journalist in David Mamet’s Revenge of the Space Pandas; The Sheriff of Nottingham in The Somewhat True Tale of Robin Hood; Ross the freak show manager in The Elephant Man; and Fritzi, the Nazi dog trainer, in The Brothers Merlin. When he’s not acting, Darren utilizes his brilliance to make films, usually involving time-travel, vampires, and clowns. It should be noted that he is brilliant.